Karate Choppers was a new team on SBC that was created following the reform. Their main weapon was the throwing 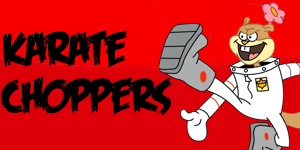 star. It was originally swords before tvguy suggested it'd be different. Their color was red. It was a replacement group for GN's and KK's after they were discontinued. The original name for the group was the Karate Crushers, as seen on a misprint on a banner. They were abolished in Fall 2013. 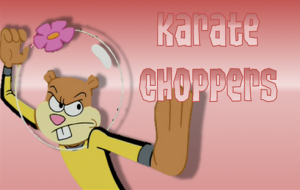 Another logo for the team.
Retrieved from "https://www.thesbcommunity.com/wiki/index.php?title=Karate_Choppers&oldid=1479"
Category:
Hidden category: