From SBC Wiki
(Redirected from Maxwell's Silver Hammer)
Jump to navigation Jump to search
File:So Malnourished.jpg
One of The Squid's current avatars.

Time Of Our Lives

Welcome to the Chum Bucket (Rights given to JCM; given back)

Rise of the Planet of the Jellyfish

S.B.C: SBC Before Computers (Rights given from Cha)

S(lums)BU: V8 (Rights given from OMJ)

The Truth About School (canned)

Works that aren't on SBC

Bowser Castle (Availible in his shop) 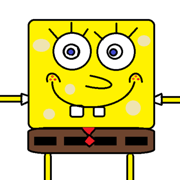 Maxwell has had many avatars through his SBC time period.