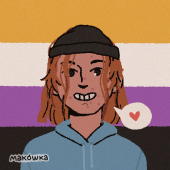 By DelayedRelayedRusty,
June 6 in Spin-Offs and Literature