v7 was full of bugs, thanks to the forum software it was hosted on, vBulletin. The switch also saw SBC have a decline in activity. Eventually, in March of 2012, SBC left vBulletin because of server issues. The site was then stuck with phpBB3 for a few months, before upgrading to IPB on June 15th, 2012. 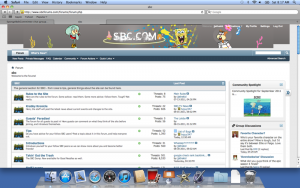