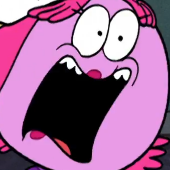 By Patty Rose,
September 2, 2019 in Eels and Escalators