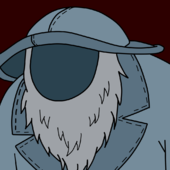 By The Fisherman, October 1, 2018 in Krusty Towers Check-In